The Secret Life of Buildings

Just in case you didn’t catch it on channel 4, if you click here you lucky people can watch my tv show. Yeah that’s right I said MY tv show. I worked as a researcher for for this 3 part series and let’s put it this way, the first one on home I said do it on New Islington and Park Hill, they didn’t, it was whack.

The third one on leisure I said go to the Casa da Musica, the Jewish Museum, that these places moved you but actually “play” doesn’t happen here. Actually the best place for leisure is somewhere that blurs the line between public and private, where spaces feel homely but are open to the public, like say a pub… Sound familiar? They did, it was dope.

The geek in me thought I’d look up the viewing figures for you.

Check this place on LongAcre in London designed by some dope architect!

Well, once upon a time, when I started all this stuff, the one thing I didn’t want to draw at all was buildings. Because, growing up in California, buildings to me were an exercise in using a ruler and perspective, and shit like that. I just had no interest in drawing that kind of stuff.

It was only after having lived in New York for a while, around really old buildings—where you see that, actually, this building’s kind of sagging and that building’s kind of leaning against the other building next door and this chimney looks like, if those three wires weren’t there, it would all fall over, and that fire escape is at some odd angle—that’s when I really started to love architecture.

It’s one of those things that is still evolving in my work, as I become more and more comfortable drawing that sort of stuff: my buildings lean more. 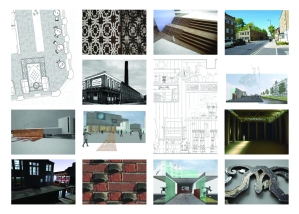 I’ve finally got my a$$ in gear and done a website. Not quite finished yet but have a look at johnhenden.com 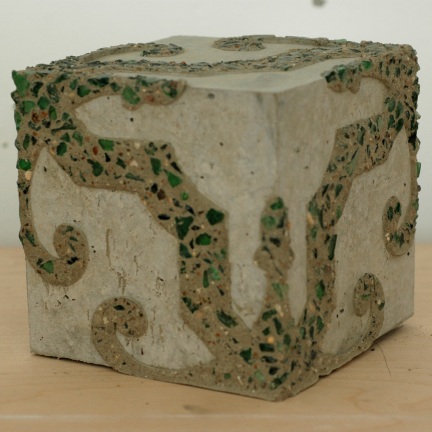 No it’s not actually a doorstop (even though that’s probably what it’ll be used for), it’s the final cast from my concrete casting option at uni, but seeing as I’m chained to my desk for the next 2 and a half weeks, and was updating my blog I thought I’d share my pain. And the added numbers to my stats will cheer me up.

New photos on the ol’ Flickr, check it here.

Surfing the world wide webs today has brought me to discover these neat arkitekers, Tham & Videgård from Sweden.

I’ve been looking through the many interesting buildings, ideas and concepts these guys have come up with and thought I should share the one below.

John, what with you being an architect in training I thought it would be right up your street, or tree. 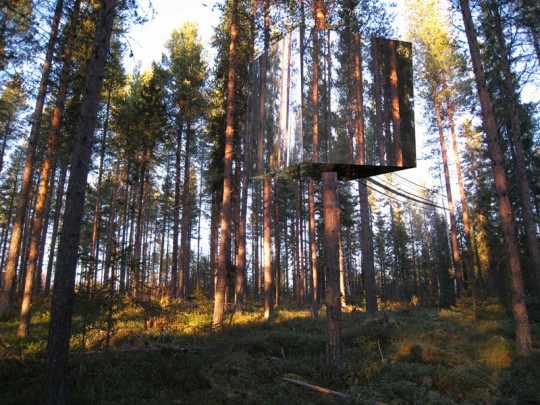 “The concept is to create a shelter up in the trees, a light-weight aluminium structure hung around a tree trunk, a 4×4x4m box clad in mirrored glass. The exterior reflects the surroundings and the sky, creating a camouflaged refuge. The interior is all made of plywood and the windows give a 360 degree view.”

VJ Palnoise is Playing on your House

Architectural projection’s nothing new to this hi-tech age in which we’re living, however this is the best one I’ve seen.

I’m not sure precisely how this is done, but needless to say multiple projectors and a hell of a lot of mapping and planning have gone in to it. 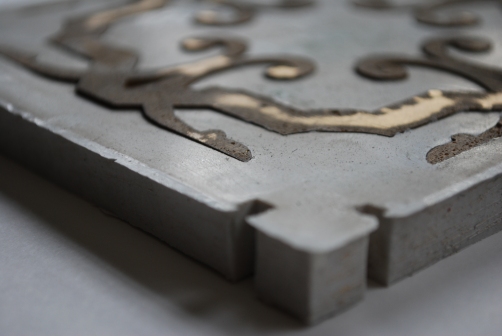 I’ve just uploaded a few weeks worth of work that I’m pretty chuffed with so thought I’d share, well I say that, it’s really just shameless self promotion. Check it here.